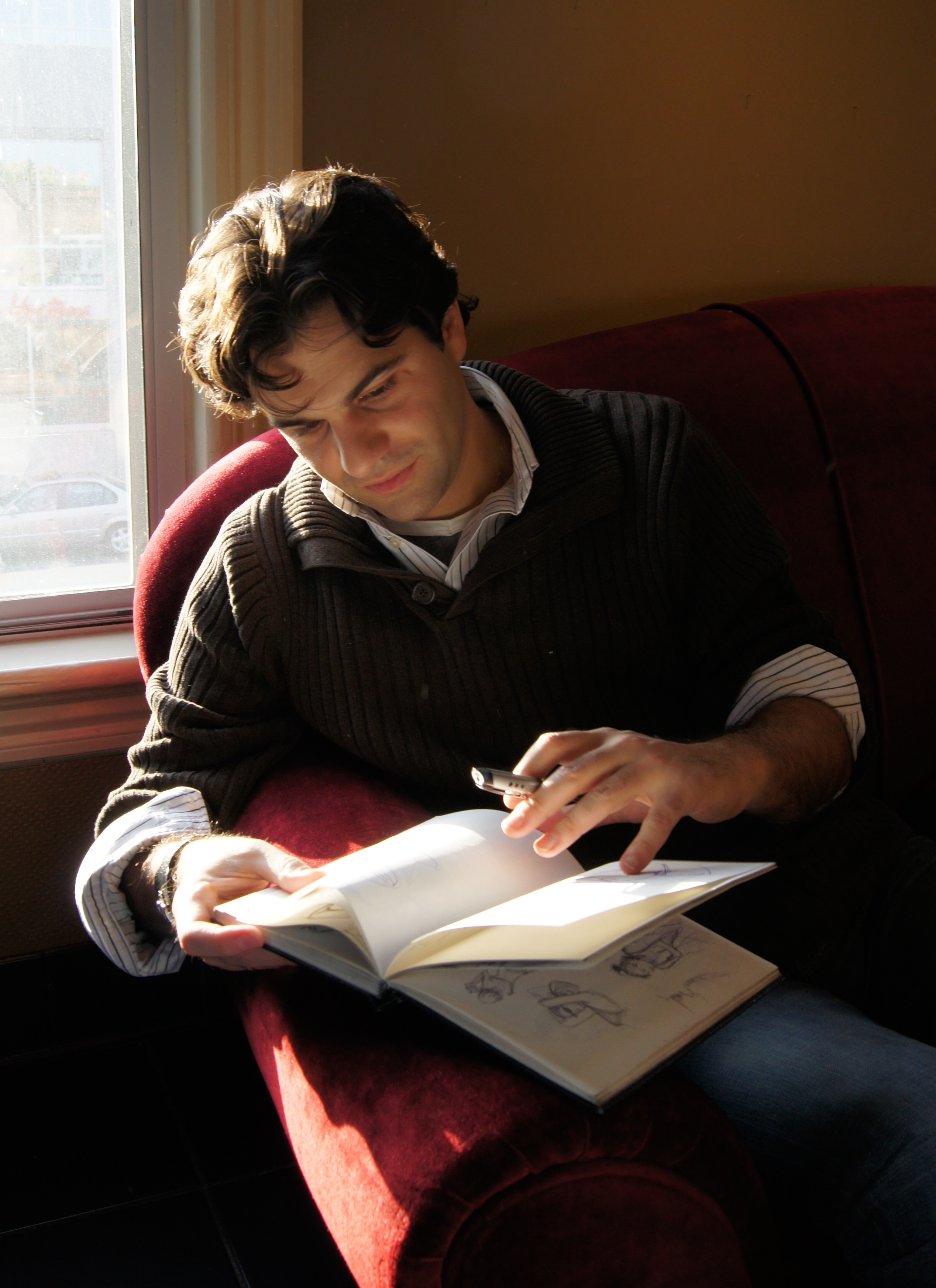 Before I tell you about how I became a storyboard artist in Toronto, I’ll start by explaining how I was blessed with my long, unpronounceable and exotic last name.

My Father, George Hadjiantoniou, was born in Mytilene, capital of the island of Lesvos, the largest of the Aegean Islands of Greece. According to my Dad, the Hadji part of my last name is a reference to the Hadji religious acolytes of the Greek Orthodox Church who baptized people in the Jordan River. These members of the church were then recorded as Hadji in the social register of names. The term Hadji (also spelled Haji or Hajji) is also an honorific title that people gain after completing a religious pilgrimage (Christians who have travelled to the Holy Lands or Muslims to Mecca).

My Mother (Edith Coez) was born in Creil, France; a town just north of Paris, but met my father in Montreal where their love blossomed and moved to Toronto where it continued to grow. This love produced two baby boys and on May 2nd, 1978, Alex Hadjiantoniou, future artist, came into this world.

At a really early age (around 5 years old) my mother noticed my ability to draw and paint and enrolled me in weekend art classes. By high school I said to myself, “Well, I've got this talent...I might as well use it." I took as many Art classes as I could in High School, went on to Sheridan College for Art Fundamentals and then the following year completed the summer Animation program. I thought animation might be a great way to use my talent to make a living. To my surprise, while I still loved illustrating, I wasn’t quite sure I wanted to become an animator. The labour of 30 frames just to make a pendulum move right and left was tedious. In addition, a lot of my friends who were already in the animation field were having a tough time finding work, so I decided a career completely focused on animation wasn't for me, but wasn’t sure which professional path I wanted to pursue.

I took two years off to refocus my direction. I found work at ICE in 1999 as a production assistant; moving cameras, serving coffee and buying props for the company's many productions. At ICE I met a lot of people from diverse fields, including web design, film, post production and Illustration. There was also occasionally a need for storyboards, so I started storyboarding for ICE on a freelance basis when the opportunity arose. After a year I decided Illustration was the route to go and applied to Sheridan and the Ontario College of Art and Design. I decided on OCAD because it would help me explore my talent as an illustrator while working professionally with all the production companies and Advertising agencies in and around Toronto.

I graduated from the Illustration program in 2005 and have been freelancing ever since; growing as an artist, storyteller, and creative collaborator.

I know my bio is lengthy, but as you now know, I’m part Greek and the Greeks did invent the epic form of literature. I hope you enjoyed learning more about me and have a chance to look through the rest of my site. Don’t hesitate to contact me if you have any questions or comments.